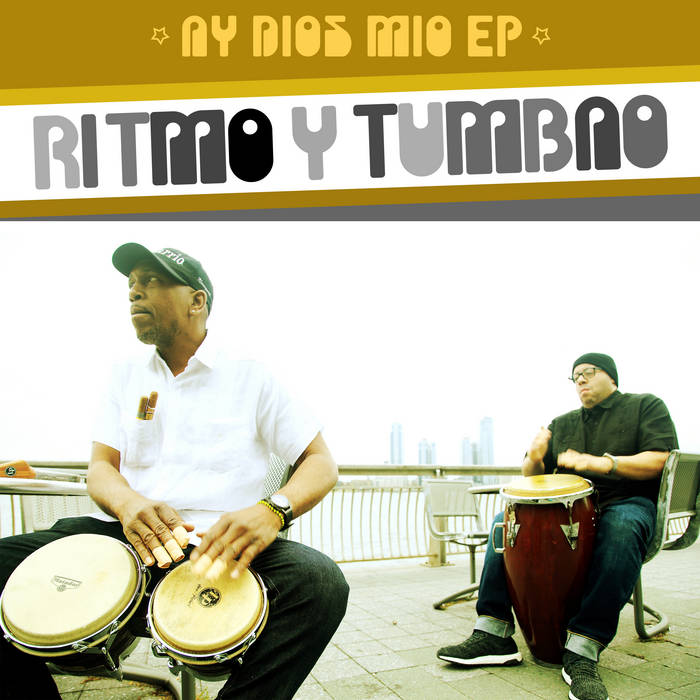 lofthead The entire album is dope but my two fav. jams are: 'Uprock' & Fragile' Love these 3 brothers!

DrBob Jones This was definitely worth waiting for. The arrangements & production are incredibly deep and extremely attractive and undeniably soulful! So hard to choose just 1 favourite all cuts are playable on air in a club or just relaxing at home. The journey is so beautiful , such a wonderful ride. LOVE- BIG TIME! Thank you RITMO Y TUMBAO , Josh Milan, Adam Cruz and Amanda Frontany. BIG LOVE & BLESSINGS... Favorite track: Echu Odara (snippet).
more...

The groundbreaking duo Ritmo y Tumbao, comprised of NYC's own Dres Ramos and Cuba Ulacia, releases their incredible debut full-length album Ay Dios Mio on Honeycomb Music. Ramos and Ulacia-- passionate percussionists, songwriters and DJs in their own right-- have created an instant classic that organically combines Afro-Cuban, Funk, Latin, Jazz, Soul, and House Music under the dynamic production of Grammy-nominated, multi-talented Honeycomb CEO Josh Milan, who also lends his quintessential vocals to the project along with singers Crystal Jaye and Storm Marrero, with accompaniments by flutist Giovanni Perez.

Ay Dios Mio is a life-giving project epitomizing what music needs to be about now more than ever-- live musicianship, melodic songwriting, breathtaking vocals and multi-layered harmonies. Every track on the album uniquely stands out yet works in tandem with the others to paint a refreshing musical journey with Ritmo y Tumbao's percussive rhythms at the core.

These songs will dance in your soul and beat with your heart whether "listening at home, in the car, or in the club," says Honeycomb's Josh Milan. Ritmo y Tumbao's Ay Dios Mio firmly stands at a musical crossroads where Earth Wind and Fire intersects with the legendary sounds of both Fania and Stax Records, and effortlessly picks up the torch where iconic Blaze Productions left off.